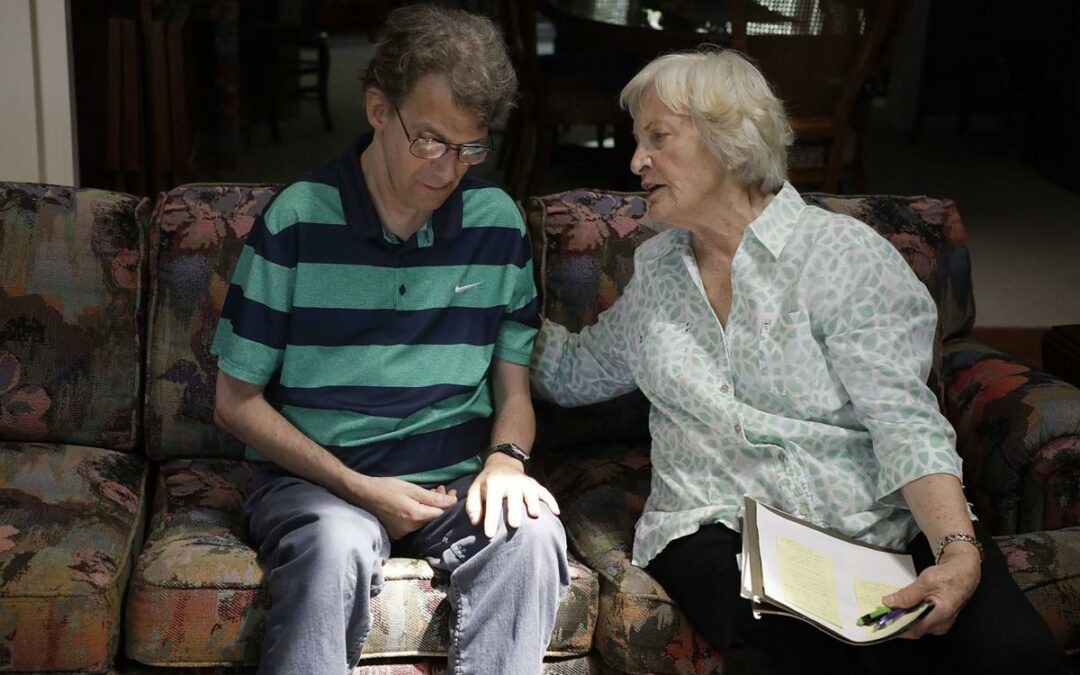 A pregnant Billie Clarke wasn’t able to escape the last rubella epidemic in the U.S.

At age 86, Clarke wants young parents to know her story and learn from it. She has an understated manner but a deep and personal concern about immunizations.

Her son, Peter, was born with severe physical and cognitive disabilities in 1965 because no vaccine was available.

The resurgence of once-eliminated diseases like measles and rise of an anti-vaccine movement alarms her.

“I appreciate and respect mothers for the concern they have for their children, but their concern is false,” Clarke said. “This isn’t just about their child, but also any future grandchildren.

“If you don’t protect your children, then an unborn baby down the road becomes infected, that mother-grandmother will have to answer for that.”

Of those, 11,000 pregnant women lost their babies, 2,100 newborns died and 20,000 babies were born with congenital rubella syndrome, according to the Centers for Disease Control and Prevention.

“Mothers always said that if you have a daughter, try to get her exposed to German measles so it will protect her later,” Clarke said. “We never knew anyone with German measles.”

Clarke and her husband, Tom, had three sons, and she was in her first month of pregnancy when she contracted the virus.

“It wasn’t a bad measles. Just about three days long and a few bumps,” she said. “I didn’t have any serious symptoms, some swollen glands in the back. It really wasn’t a problem, unless you are pregnant.”

The risk of birth defects is higher at the earliest part of pregnancies. Like Clarke, women were given a dosage of gamma globulin in an attempt to stunt the virus.

There was no way to know for certain of any prenatal problems until a child was born. So, it was hope, pray and wait.

A family physician quickly determined Peter could not see or hear, leading to a lifetime of medical specialists and surgeries. Cognitive and developmental disabilities also surfaced.

“There are also later manifestations. It’s not just at birth, but as they get older other things emerge,” Clarke said.

When attending a Cleveland, Ohio, elementary in 1970, enough children were diagnosed with congenital rubella syndrome that a program was developed.

Peter was featured in several news stories including one with a headline, “For Lack of Measles Vaccine …” Many of those children have died.

The family moved to Tulsa in 1983. Through special education programs, Peter graduated from Jenks High School at age 21 in 1986 and took some specialized coursework at Tulsa Junior College.

Peter has a love of numbers, computers, space and big trucks. His disabilities are similar to traits on the autism spectrum.

For example, he always asks people their birthdays. Within a minute, he can cite the day of the week. He told me I was born on a Thursday in January 1972. He’s right.

He lives with his parents and has a hard time finding meaningful work.

“He’s very smart, sometimes smarter than us. But most of what people have for him are repetitive things,” Clarke said.

Rubella is spread by an infected person coughing or sneezing. About 25% to 50% of infected people do not show symptoms.

After a rubella vaccine was made available in 1969, infections dropped dramatically. In 1971, the MRR vaccine was developed to protect against measles, mumps and rubella.

This is the vaccine many in the anti-vax community want to unbundle, delay or avoid.

A now-debunked 1998 English study accused the vaccine of causing autism. The author was found to have taken money from an attorney suing the MMR manufacturer, created false data, used contaminated samples and included only 12 children.

It has been more than two decades of advocacy to overcome the report’s impact. It also diverted autism research away from routes that were possibly more beneficial.

“Mothers are trusting Facebook more than the medical community,” she said. “It has done a lot of damage. People need to know the source of information.”

The MMR has been effective. By 2004, rubella was eliminated from the U.S., defined as not having a continuous disease transmission for at least a year in a specific area.

But diseases are never truly eliminated.

About 100,000 infants are born with congenital rubella syndrome worldwide. About 76% of countries have incorporated rubella vaccines into national immunization programs, according to the World Health Organization.

This means rubella remains a problem in other parts of the world and can be brought into the U.S. by travelers.

For Clarke, rubella has never truly been gone. She is proud of what Peter has accomplished but knows it could have been easier for him.

“Peter’s life is for a lack of a vaccine,” she said.